GITAM University is a leading research and innovation driven university in India. The university has three campuses - its main campus at Visakhapatnam, off campuses at Hyderabad and Bengaluru. During the past 36 years it has steadily evolved into a world class university recognized for the experiential learning it offers, its competent and compassionate faculties, the stellar research laboratories, academic vibrancy and cosmopolitan culture. Known for its creative dynamism and flexibility, the university offers varied programmes blending skill development and value orientation to shape the careers of students and develop holistic personality to be privileged members of the civil society.

Criminal activities in education campuses were on a constant rise across the country leading to serious concerns among educationalists. To add to it, incidents of ragging were on the rise even in reputed institutes, leading to loss of reputation.

Meanwhile, GITAM University was coming up with its new campus in Bangalore. Being a highly reputed institute since past 36 years, it did not want to compromise on security and reputation of the institute. Being a large project, they were looking for a trusted Indian brand that could provide direct pre and post-sales support.

The university wanted to operate the entire video surveillance system without a special IT infrastructure room and other peripherals like server that complicate management and monitoring. The system had to be very easy to use so that it could also be operated by security guards without any hindrance.

Being very particular about discipline and security, they wanted video recorders that could store recording from all cameras for 45 days, at the same time most efficiently reducing storage costs.

Interiors of the buildings were secured by mounting 1.3MP cameras in the corridors of all five buildings. Matrix 1.3MP camera, with a day as well as night vision range of 30 meters, ensured that the entire corridor was covered by a single camera. All in all, over 220 cameras were deployed in various areas of the building, covering every nook and corner of the campus.

These cameras provided crystal clear images with great detail that could be used to identify a person in case of an event. This acted as a deterrent for students indulging in ragging at hostels and helped the institute to ensure security and discipline through live monitoring. 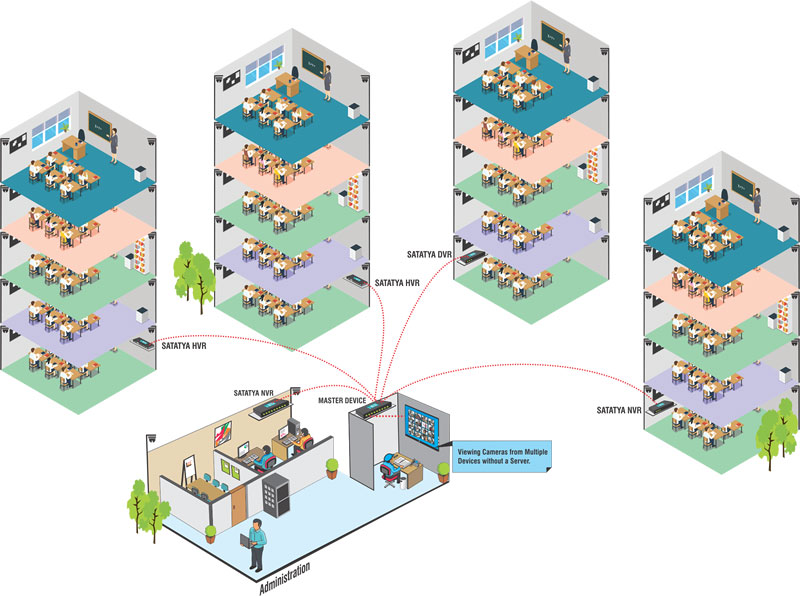 Please submit following details. We will soon contact you to meet your needs with suitable solutions!

Thank you for sharing feedback about Matrix, We will connect with you to further improve your experience with Matrix.