Topics Covered in this Blog:

Perimeter security is the first line of defense to protect your assets, information, and people using advanced technology. Just as the human skin protects the body against the external environment and infections, the perimeter security system is designed to keep away unauthorized intrusion in your property.

The means chosen by the property owner to protect the premises could vary from a simple line drawn to define the boundary to deploying state-of-the-art security solutions to make unauthorized intrusion practically inconceivable. The solution chosen solely depends on the possible threats and what it is that you wish to protect.

What is a Perimeter Security System?

Perimeter security system refers to the technology used to secure a property, assets, and the people present on the premises. Historically perimeter security was used extensively in military facilities to protect critical infrastructure. However, with the changing times and increased risk perception perimeter security is being incorporated in various Industries.

Commercial and large housing societies face security threats that could impact both occupants and owners of the property. In commercial premises, the most common threats are employee theft, property-related crime, and information security. Industries are now investing heavily in building a robust security system.

Building a multi-layered security framework is essential to protect the property. Incorporating solutions like intrusion detection, access control, building management system, and much more reduce asset loss. The type of security system deployed is determined by the intrusion risks like vandalism, criminal threats, terrorism, and espionage. Perimeter security is based on the 5D principle which is discussed below.

Effective perimeter security is often multilayered and multidimensional and is meant to delay, deter, detect, deny, and discover security breaches at every stage.

The first “D” of perimeter security is deterrence. The idea is to create a perception of impregnable security in the mind of miscreants. Visually placed IP cameras in combination with lighting, fencing, alarms, and signs are an effective means of dissuading unauthorized entry to your premises. Research shows that the presence of IP cameras reduces the overall crime rate by 13 percent compared to the areas that don’t have cameras.

Early detection of unauthorized intrusion and criminal activity is the key to preventing crime. Motion detectors and IP surveillance cameras along with alarms can sense, alert, and record early signs of trespass in your property. Formulation of an effective response mechanism is possible if the crime is detected early.

Multi-Layered security is designed to delay the unauthorized attempt to access your premises, this will again contribute towards building an adequate response strategy to foil the attempt. A range of security solutions like toll booths, boom barriers, and building management systems will slow down the intruder.

Defending is the innermost layer of security involving the team of security officers and local authorities apprehending the intruder.

A Multi-dimensional security system will have the ability to see, feel, smell, speak/communicate, and hear just like humans do. It will also have the capability to eliminate human errors and provide proactive security to the property owners. Read on to learn more about the multi-dimensional aspect of the Perimeter Security System.

Keeps a Watchful Eye Over Your Property 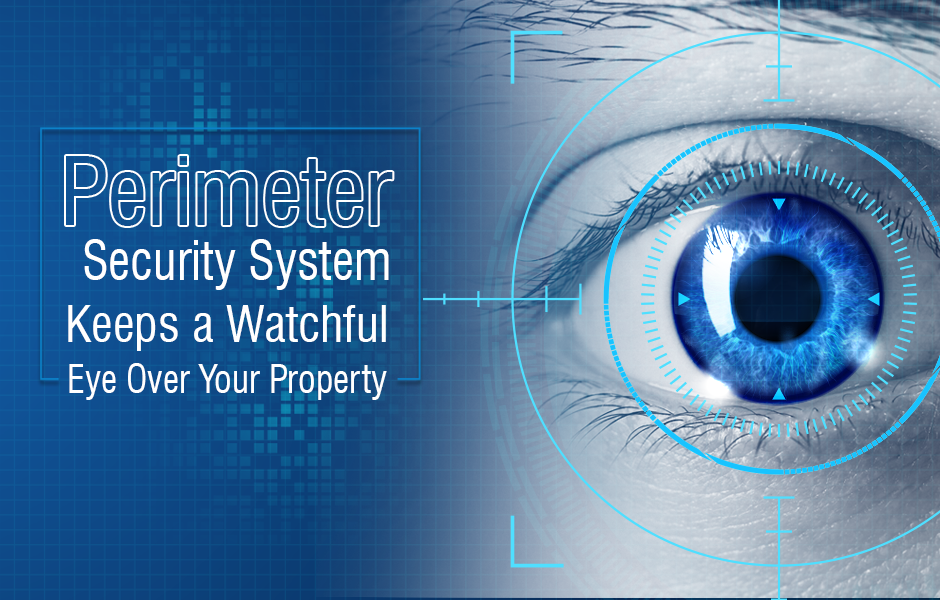 The first and the most important aspect of perimeter security is being able to see what is happening in every nook and corner of the property. When large areas like airports, manufacturing units, or commercial buildings are to be covered it is nearly impossible to have manned security to cover every spot.

There is a wide variety of IP surveillance cameras available for perimeter surveillance bullet, dome, and PTZ cameras. Each camera has its unique functionality and will help in keeping your premise secure.

Outdoor cameras work well in all weather conditions and are visibly placed to deter crime. The new age IP cameras can be integrated with Video Management Software (VMS) for remote monitoring, intrusion detection, tripwire, and much more. IP Surveillance cameras reduce the risk of crime and material loss from theft.

Besides keeping a watchful eye on your property, cameras can record useful evidence for crime detection and evidence gathering.

Communicates With You to Provision Proactive Security 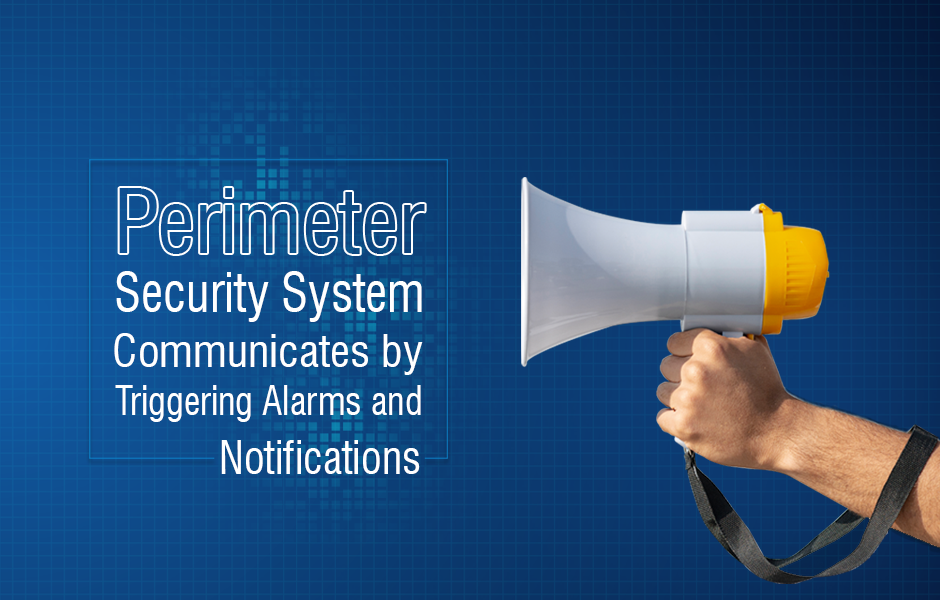 Event-Triggered Evidence Posting: The Recording and Streaming Server (RSS) will collect evidence footage whenever the event occurs and send it to the security officer, thereby ensuring a real-time response to the event. This also helps in safeguarding the evidence even if the edge device is tampered with.

Audio Alarm Buzzer: Audio alarm buzzer gets triggered when there is intuition or occurrence of the event. This helps to deter intruders and deter them, it also alerts the security to take preventive action.

Two-Way Audio Input: Modern-day IP cameras have audio-in and audio-out ports to connect with mic and speaker which allows one to both listen and speak in real-time. It can be used to make announcements as well to ensure employees are staying on task. Some other uses of two-way audio input could be shipping and receiving, access control, and foil intrusion efforts by miscreants.

Sensing Danger Right at the Perimeter 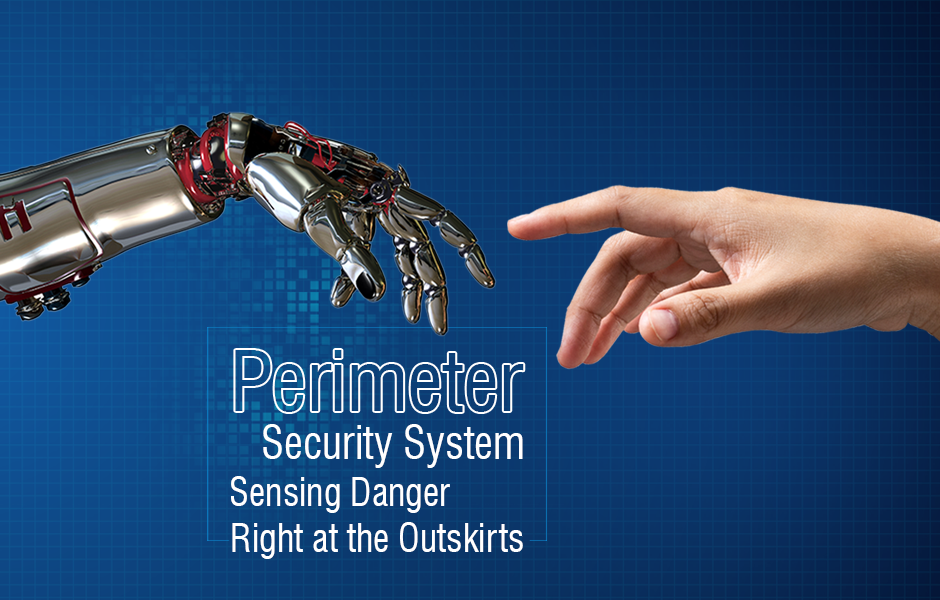 Perimeter security goes beyond motion detection depending on the security requirement of your business. Intelligent Video Analytics can be integrated to provide comprehensive security.

Data gathering and analytics provide the foundation for Intrusion detection. Technology evolution has made complex detection of security breaches possible. Additionally, it has also improved the reliability of the results obtained from Intrusion detection and reduced the false alarms raised due to occurrences like wind, rain, traffic, and much more.

Tripwire: It is a form of security infringement when an unwanted element enters a restricted zone which could lead to a threat to his life or put others’ lives in danger. Intelligent Video Analytics can efficiently detect tripwires if a marked virtual line is crossed in any direction at a predefined time. On tripwire detection, the system will send notifications in the form of SMS, Email, Video pop-up, and much more.

Motion Detector: Motion detectors are sensors that utilize sensors to detect nearby motion. An invisible boundary is created using infrared rays that trigger an alarm whenever the perimeter is breached.

Smelling Trouble at the Onset: Smoke and Fire Alarms

Smoke detectors are put in the property premises to sense smoke as the indicator of fire. Smoke detectors can be integrated with VMS to know the status and respond promptly. Sensitive alarms can also be used to detect and deter smoking in banned areas.

Perimeter security systems enable early detection of occurrences of unauthorized intrusion and can delay and eventually eliminate crime from happening. It also helps in gathering crucial evidence to catch criminals. Additionally, it also helps keep the employee safe in the company premises and helps prevent loss of assets of the company.

Matrix has over thirty years of experience in providing comprehensive security solutions for various businesses. To know more about Perimeter Security Systems speak to experts on our toll-free number 1800 258 7747 or write to us at Inquiry@MatrixComSec.com

Matrix specializes in providing Video Surveillance Solutions for Enterprises across the world.

Improper Parking, Wrong Parking, and unauthorized parking - do these problems resonate with you? If yes then this webinar is meant just for you The…